Swimmers will focus on all strokes, starts, and turns while improving freestyle, backstroke, breaststroke, and butterfly technique. Learn four different types of dryland training, the science of swimming, and the five disciplines of fast swimming. Develop seasonal planning, mental training, and race strategy techniques that are sure to give you an edge over your competition. At The Race Club, we recommend that all campers attend every camp session whether you are a beginner, master, or competitive swimmer to improve your swimming technique.

In order to get the most out of your training sessions, and to not distract otherswimmers that are prepared, we require you to have all your equipment ready before each session starts. We recommend the following for use in all the sessions:

Since retiring in 2006 as a physician, Dr. Gary Hall has now dedicated his life to swim coaching technique and swim training methods to help children, masters, fitness and health swimmers, and triathletes at The Race Club. He brings his science background, knowledge, and experience in swim stroke mechanics and a strong passion for swimming to offer an unsurpassed quality of teaching at The Race Club in Coronado, California, or through online coaching. Swimmers of all ages and abilities come from around the world to learn from and be inspired by Gary Hall Sr. and give themselves the lifetime gift of swimming.

“Gary Hall Sr. is probably the best collegiate swimmer in the world. He is just as valuable as Mark Spitz ever was and more and has given us academic acceptability. Gary’s accomplishments have helped tremendously in making people realize that Indiana University is a very good academic school.”

James Counsilman’s testimony to Gary Hall, Sr. at their final NCAA Championships. Hall’s swimming record is one of the amazing successes. Gary has held 10 world swimming records. In both 1969 and 1970, he was named World Swimmer of the Year.

In the 1970 NCAA swimming Championship, he alone scored a record 56.5 points. He was a leader as Captain of the Indiana University swim team that in his senior year won its 6th straight NCAA Championship. Gary was elected team co-Captain for the Olympic men’s swim teams of 1972 and 1976. 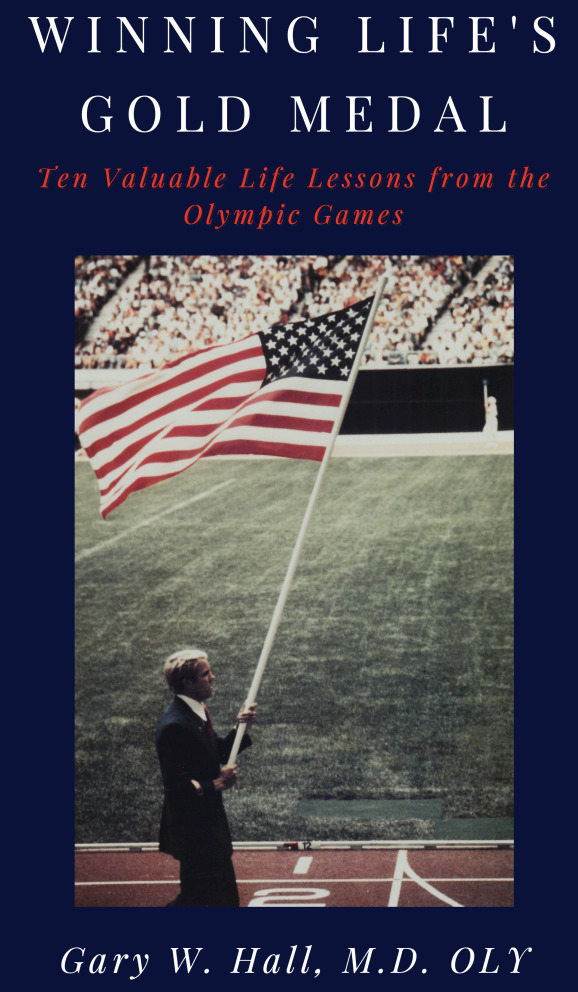 In 1976, he was selected by all of the United States Olympic athletes to carry the American Flag leading the Olympic Team into the Opening Ceremonies in Montreal, Canada. He was the only USA Olympic swimmer ever selected for that honor until Michael Phelps in 2016.

He is the author of two highly acclaimed books, Fundamentals of Fast Swimming, a textbook on swimming technique. The second book is Winning Life’s Gold Medal, an inspirational self-help book that is filled with great swimming stories.

Gary Hall, Sr. is an American swimmer and coach, three-time Olympic medalist and former ten-time world record holder in butterfly, backstroke, individual medley, and freestyle. In 1976 Montreal Olympic games, his teammates from all sports elected him as U.S. flag bearer for the Opening Ceremony. It was the greatest honor of his athletic career.

You will get a $39.00 discount if you purchase the equipment bag (all items above in a mesh bag) when you order before the camp’s start date. Typically, an equipment bag costs about $242, but depends on the fins you choose. *Add up items listed above for equipment bag cost. (Please notice the prices are the same as what other retailers sell. We go through the trouble of having it conveniently available for you because it helps with your swimming technique and learning all we will teach you.)

Once registered for a Swim Camp, please let us know if you will need any or all of the equipment.

Please confirm you want to block this member.

You will no longer be able to:

Please note: This action will also remove this member from your connections and send a report to the site admin. Please allow a few minutes for this process to complete.

You have already reported this
Clear Clear All