Ten Swimming Myths Debunked and Revisited. Years ago, I wrote an article debunking 10 of the most common myths I know of in the sport of swimming. Today, I want to revisit those myths (some are still prevalent) with my thoughts about them in 2019.

Depending on where the swimmer puts the emphasis on the pull and how energetic the two parts of the body rotation are, the peak force of the pull can occur in the front quadrant, just in front of the shoulder, back quadrant behind the shoulder or at the end of the pull, pushing out the back. Swimmers can definitely increase their distance per stroke (DPS) by pushing longer and harder out the back, but it comes at a cost by slowing the stroke rate (SR). The relationship between DPS and SR is crucial. The multiple of both determines a swimmer’s speed. Pushing out the back may increase a swimmer’s speed (particularly in events longer than 50 meters), so long as the SR doesn’t slow too much.
Thanks to Pressure Meter technology, I have learned that the peak force during the propulsion phase of the pulling arm occurs at different points, depending on the technique of the swimmer. The peak force of the pulling arm is profoundly influenced by the coupling motions, as well as the strength of the arms. The coupling motion of body rotation occurs at two different times separated by about 2/10 of a second. The peak shoulder rotation velocity occurs first, as the recovering hand enters the water, and the peak hip rotation velocity occurs later, as the pulling hand finishes the pull and exits the water. 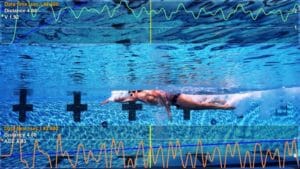 Myth #2: Aside from shaving, wearing a cap and a high-tech suit or wetsuit, the only way to reduce drag is by streamlining off the start and turns

If there is one thing that I have learned in 15 years of coaching swimming technique, it is that frontal drag forces in water are way underestimated and under appreciated. In a medium some 800 times denser than air, the frontal drag forces of a swimmer are profoundly affected by very small changes in our body’s position in the water, including the head, body, arms, and legs. Using our Drag/Propulsion Meter in Florida, we have been able to measure exactly how much certain errors in technique will increase the frontal drag force at race speed. Here are some examples of how much increased drag we found with each of these errors: Biceps over-ears streamline 11% (compared to streamlining with arms behind the head), thumb sticking out on streamline 11%, fingers separated widely on streamline 18%, feet hanging 41%. You get the idea.
We live in a detailed sport where winning and losing is determined by hundredths of seconds. As swimmers and coaches, we need to pay more attention to the details, in particular, ways to reduce frontal drag at all times while moving through the water. 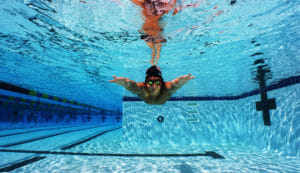 Myth #3: The reason one should rotate the body along the long axis in freestyle is to reduce drag

While giving a short talk on physics (fundamentals) in swimming at each of our camps, I still find that this is a common answer to my question, how does a swimmer reduce frontal drag? Body rotation is extremely important in augmenting propulsion, but not in reducing frontal drag forces. The drag forces on the human body on its side or stomach are very similar. Thanks to our Pressure Meter technology, we have found that the speed of the body’s rotation, whether at the shoulder or hip, can profoundly increase the propulsion force of the pulling hand. 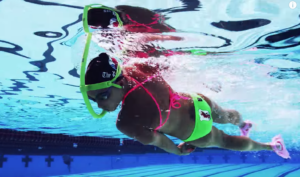 Myth #4: The reason you keep the elbows high on the underwater pull is to increase power 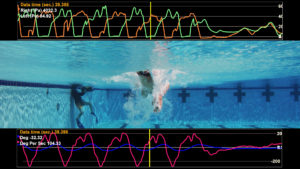 Myth #5. The reason we pull freestyle underwater with a high elbow is to increase the surface area of our pulling arm 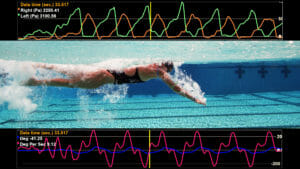 Myth #6: In order to reduce the air bubbles behind your hand underwater, you must enter the hand delicately

This widely spread myth may have caused more harm to swimmers than any other myth. While it is true that more air bubbles behind the pulling had will reduce the propulsion it can generate, there does not seem to be any correlation (in my observation) between the speed of the hand entering the water and the numbers of air bubbles that end up surrounding it.
The propulsion doesn’t even begin until the hand starts moving backward underwater and that happens at the fastest stroke rates around .15 seconds after hand entry and in the slowest stroke rates, over a second after the entry. In either case, the hand is about one foot in front of the shoulder. The point is that most of the bubbles are gone by then anyway. By slowing the hand just before entry, a swimmer loses out on two important coupling motions that can increase the propulsion from the pulling arm. The speed of the hand entry is directly linked to the speed of the shoulder rotation and both are vital to swim fast. 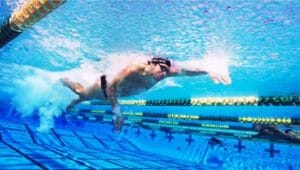 Myth #7: When it comes to getting oxygen in freestyle, breathing every cycle is as good as it gets

Breathing in swimming is a fascinating topic. The questions of how to breathe? where to breathe? and how often to breathe? are not well taught by most coaches nor understood by most swimmers. In freestyle distances over 100 meters, most of the elite athletes are breathing every cycle (every two strokes). If the stroke rate is high enough, say between 86 and 100, then breathing every cycle is pretty close to the same rate an athlete would breathe on land doing the same duration of intense exercise.
However, for those swimmers that use hip-driven freestyle technique or are incapable of sustaining such a high stroke rate (most triathletes), and are using a stroke rate in 60s or less, then breathing every cycle may not provide enough oxygen nor rid the body of enough carbon dioxide. For these swimmers, we often teach them to breathe twice or three times consecutively going in to and out of the turns (ie Sun Yang) or in the open water, to use a 2:3 or 3:4 pattern of breaths to strokes taken. If you build a strong aerobic energy system, then give it the oxygen it needs to work! 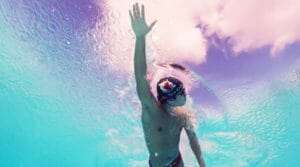 Myth #8: All swimming drills are good for you

Some coaches think that drills are a waste of time. Other coaches use drills for the sake of doing drills, but don’t really understand what technique the drill is supposed to be teaching. After 15 years of teaching swimming technique, I have come to realize that all swimmers, even the Olympians, are making mistakes. It is only a question of how many mistakes and how bad are they. I don’t know of any other way of correcting poor technique other than by doing drills. Not all drills are teaching sound technique. When doing drills in practice, make sure that you understand what the drill is supposed to be teaching the swimmer and that it is the right thing to do. Don’t try to overcomplicate the drill. For the most part, each drill should be teaching the swimmer one fundamental and one sound technique. 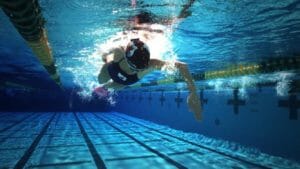 Myth #9: When it comes to swimming fast, kicking is overrated

I am happy to report that, in general, coaches are finally getting it when it comes to kicking fast. Most coaches today spend more time and effort getting their swimmers to kick fast than ever before. It still may not be enough. While in Mexico City recently speaking at a swim clinic, I traded anecdotal stories with Kevin Zacher, head coach of Scottsdale Aquatic Center (Ryan Hoffer, Taylor Ruck, Amy Bilquist…among others). The topic was great swimmers that, due to shoulder injuries or surgery, were forced to essentially kick all season…..and ended up swimming personal best times at their championship meet.
My unofficial list of those swimmers is eight and counting. Given how much we ask of our legs during racing and that we don’t offer them any recovery time, it is not surprising to me that most swimmer’s legs are undertrained. Work hard on the kick…every day.

Myth #10: The Race Club is just for sprinters

I am not sure that this opinion is widely held any longer. We’ve worked hard to dispel this myth. Most of our clients are average swimmers’ inability and trying to get better. We checked our egos at the door long ago and take great pleasure in helping any competitive swimmer of any age or ability get faster. Age group, Masters, Triathletes, beginner swimmers or Olympians, it doesn’t matter to us. We just want you to swim faster. 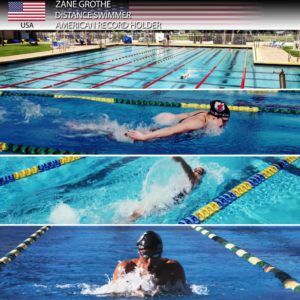