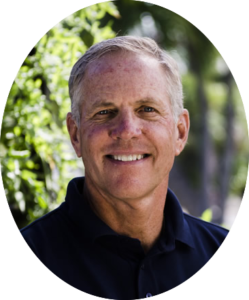 In swimming, we see two very different techniques of track starts used from the block; weight forward and weight back. There are advantages and disadvantages to each start technique. At the elite level, we find a majority of the men using the “weight back” technique, while among the elite women, the two techniques are more evenly balanced.

In general, weight forward starts, enable the swimmer to get off the block faster and with less force. The majority of the propulsion, with this technique, is coming from the front foot. Because the center of the swimmer’s mass is directly over the arms, almost no propulsion is derived from the arms or the back foot.

With the weight back start, there are three potential propulsive sources; arms, back foot, and front foot. Because the swimmer’s center of mass is slightly behind the hands on the front of the block, by pulling upward on the block, there is a vector of force that pulls the swimmer forward. With more weight distributed to the back foot, and particularly when using the wedge, the back foot can generate significant propulsion. The front foot is the final source to propel the swimmer forward.

Using Velocity Meter technology, we see three very distinct peaks of acceleration occurring with the weight back start at three different times. The first comes from the arms, the second peak comes from the back foot, and the third peak from the front foot. While the amount of the peak acceleration is not equal to the propulsion, it is related to it. Therefore, by measuring these peaks, we can get an idea of how much each of these three potential sources of propulsion contributes to the swimmer’s start.

Two of the greatest stars in the world among the elite male swimmers are the start of Olympian Caeleb Dressel and South African Olympian, Brad Tandy. Both use a very similar weight back technique, but there are some subtle differences. One of those differences is how they grab the front of the block with their arms at the take your mark command.

Caeleb bends his elbows and grabs the front corners of the block with his hands, pulling upward. Brad keeps his arms straight, locking in from the shoulders, with fingers and thumbs firmly wrapped on the front edge of the block. At the sound of the starting beep, both swimmers lift upward aggressively on the front of the block, nearly lifting it out of the concrete.

To test which is a better technique, we asked elite distance freestyler, Zane Grothe, to perform a couple of starts using each technique; with arms bent and arms straight. Using Velocity Meter technology, we measured his peak accelerations off the start four times. This week, in our Lane 3 membership, we share the outcome of those studies and our current recommendation for how to hold your arms for the start. We hope that you will check it out.